People came from all over to the cold Dorset coast in their best dress-up to raise thousands of pounds for charity.

Down in Dorset, the annual Lyme Lunge proved to be another successful event for the Rotary Club of Lyme Regis as hundreds of swimmers took a dip in the Lyme Regis sea on New Year’s Day.

The 13th edition of the event, the Lyme Lunge has now become a main fixture of Lyme Regis’s event calendar.

Around 700 brave participants took to the water in a wide-ranging selection of costumes, with thousands more gathering to watch the event.

Joining those swimmers was Lyme Regis Rotary President and town crier Alan Vian, who had opened the day by presiding over the Lyme Regis Duck Race.

The weather had taken a cold turn by the the time everyone took to the sea but the swimmers went for it regardless and were rewarded for their efforts with a complimentary cup of hot soup provided by the Harbour Inn pub.

We were very glad to be able to put this on as it attracts people from across the country.”

The event was sponsored by three local businesses in Lyme – Swim Restaurant, Lyme Bay Holidays and the Pilot Boat Inn – and money raised from the event is due to go to charities such as British Heart Foundation and Mencap.

Peter Fortnam, public relations officer for the Rotary Club of Lyme Regis, commented: “It is a great event for the town and for the businesses – all the car parks, pubs and restaurants were full, the place was jammed and was a great spectacle.

“One northern chap said that he had been to many events like this but he has never actually been to a better organised one than Lyme Regis.

“We are a very small local rotary club so we do rely on community help. We were very glad to be able to put this on as it attracts people from across the country.” 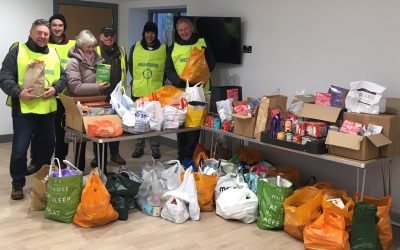 Knowle and Dorridge Rotary Club is working with their local charities on a variety of community projects to help those most affected with the increasing costs of living. 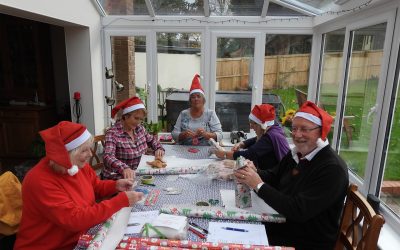 It will be the first Christmas that many Ukrainians spend away from home, so the Rotary clubs of Great Britain & Ireland are making sure they enjoy their first Christmas in the UK. 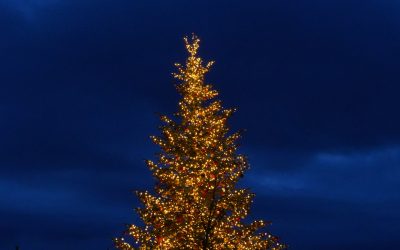 The Story of ‘Light Up Rotary’

Find out how a project that started with a vicar visiting South Africa became one of Rotary Great Britain and Ireland’s most successful seasonal campaigns.