On the eve of World Polio Day, Rotary ambassador, Ade Adepitan, met university students at Wembley Stadium to help them understand the disease.

Mention the word polio to a typical teenager, and many won’t have a clue.

Why should they? It’s not a disease of their generation, or even their parents’ generation – not like cancer, diabetes, heart disease, HIV or the ticking time bomb that is dementia.

There hasn’t been a single case of polio caught in the UK since 1984, with the last outbreak in the late 1970s. Routine vaccination in the UK means that polio sits right under the radar of this lost generation.

So when Paralympian and polio sufferer, Ade Adepitan, visited university students at Wembley Stadium on the eve of World Polio Day, it was an eye-opener.

The University Campus of Football Business (UCFB) is a unique sports education institution with campuses based at Wembley Stadium and the Etihad Stadium in Manchester.

With more than 2,000 students focused on a range of sports degree programmes, their headline sporting locations mean both under-graduates and post-graduates feast on a range of top-notch speakers from the world of sports, politics and entertainment. They are a tough audience to crack.

But Rotary’s End Polio Now ambassador is a crafty communicator, a true master of the art. To the students, Nigerian-born Ade, with the winning smile, cool dreadlocks and wicked banter, is their kind of guy.

As soon as he pushed his wheelchair up onto the platform in a room overlooking the hallowed Wembley turf, Ade’s presence and personality lit up the room.

For 40 minutes, he had students spellbound by his story. Diagnosed with polio aged just 15 months, Ade carved out a new life with his family in Plaistow, East London, discovering a passion for sport.

Ade comes from the school of hard knocks. Five times in 15 years he failed to make the Great Britain wheelchair basketball team, being cut every time.

Finally, he was called up for the 2000 Sydney Paralympics and four years later won team bronze at the Athens’ games.

“It was 15 years of being told I wasn’t good enough, it was 15 years of watching other players go ahead of me, 15 years of having to deal with the knock-backs and set-backs – and finally I got called up to the Sydney Paralympics. It was probably the greatest moment of my life,” explained Ade.

It is my job and your job to keep awareness out there so that you are the generation who ends polio.”

The moral of the story told to idealistic students chasing their dreams, but with the lurking shadow of failure hiding around the corner, was not lost on the young audience.

They then watched a TV documentary featuring Ade completing a gruelling month-long wheelchair trek across Nicaragua, and left to crawl on all fours up the side of a volcano. On screen, Ade was reduced to tears in the searing heat by the sheer pain and agony. Off screen, as the students looked on, Ade looked away.

“It brought back memories from when I used to walk without a wheelchair,” Ade says in the 2005 documentary, ‘Beyond Boundaries’. “I had some tough times at school when people used to call me ‘black monkey’ and stuff like that from the way I crawled around. It hit me hard.”

This was polio in its rawest, undiluted form. This was how polio brutally ravages the human body, withering limbs and transforming someone’s life.

Polio not only affects you physically, but it abuses you mentally.

I didn’t know a lot about polio before the talk, but Ade’s visit has helped me to be more aware of the disease.”

“It is my job and your job to keep awareness out there so that you are the generation who ends polio,” Ade told the large gathering.

This was the lightbulb moment when the students finally understood polio. No longer a word, it was a vision. And the feedback was positive.

“I didn’t know a lot about polio before the talk, but Ade’s visit has helped me to be more aware of the disease,” said 19-year-old Londoner Ciaran McLoughlin.

“Ade is such an influential speaker,” reflected 20-year-old Kirshon Wilkins, from Kent.

“He inspires you to do better than you currently are, and drive yourself to greater things, even when you doubt yourself.

“Before Ade’s visit, I knew that polio was a disease which attacked your limbs and paralysed them.

“His insight made me realise how fortunate I am compared to those who are born with disabilities.” 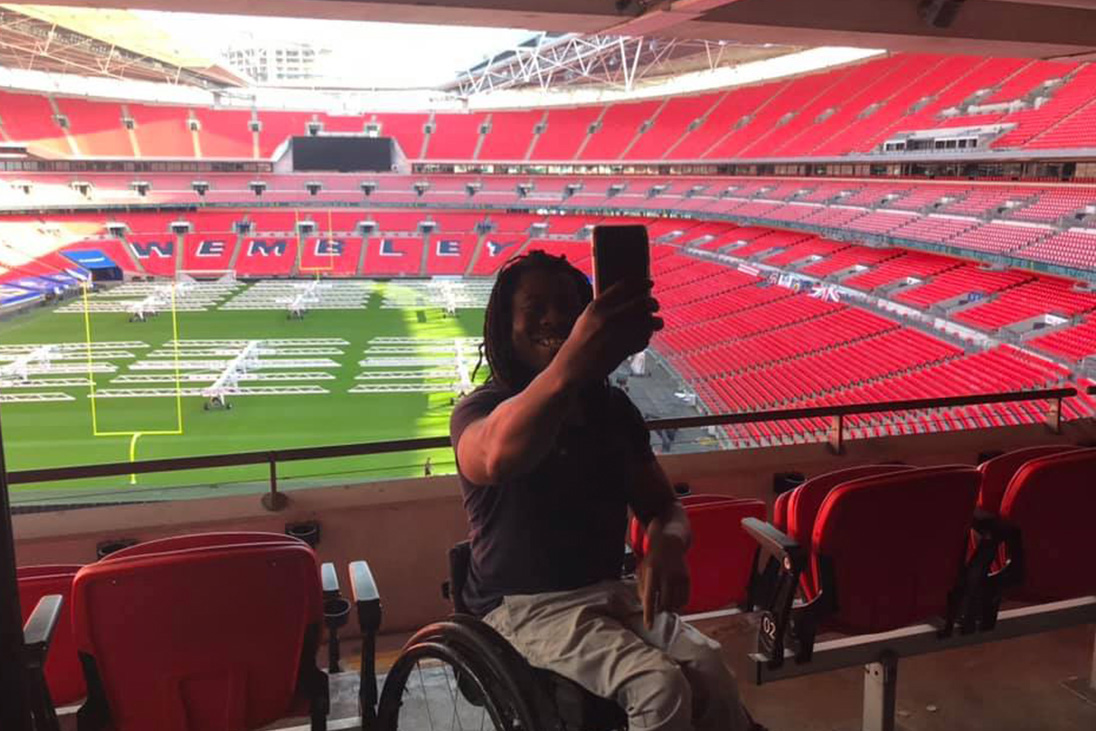 Ade takes time to snap a quick a selfie at Wembley Stadium.

Spanish student, Raul Sanchez Borrego, 26, admitted he knew very little about Rotary before coming the UCFB, and even less about polio.

“Ade’s presentation was really emotional for me,” he reflected.

“I have a father with a disability and to see what Ade has achieved with polio is incredible.

“He inspires you to fight for your dreams and never give up. I really connected with him. This was the best speaker we have had at UCFB.

“Ade’s visit has definitely changed the minds of a lot of the students about polio and how we treat people with disabilities.

“Ade made me realise how we complain so much in our life about the small things, when other people really struggle in this world with much more important things.”

The gift of time 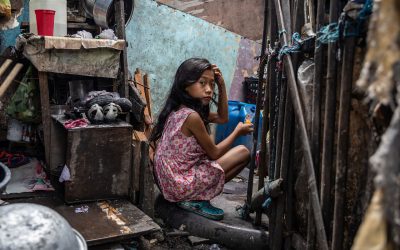 Courageous love in the rubbish dumps of Manila