Rotary is proud to have come so far towards honouring the pledge it made 30 years ago to achieve a polio-free world and this year’s World Polio Day presented another opportunity to raise further awareness of polio eradication.

Across the world, local landmarks were bathed in the purple light synonymous with the purple dye left on a child’s finger after their polio vaccine and the residents of Peterborough were treated to a particularly beautiful spectacle.

The work done by the Rotary Club of Peterborough Ortons to raise awareness for World Polio Day is perfectly exemplified by Peterborough Cathedral – bathed in beautiful purple light and surrounded by freshly planted crocus corms that had been donated by the club to the cathedral’s head gardener. 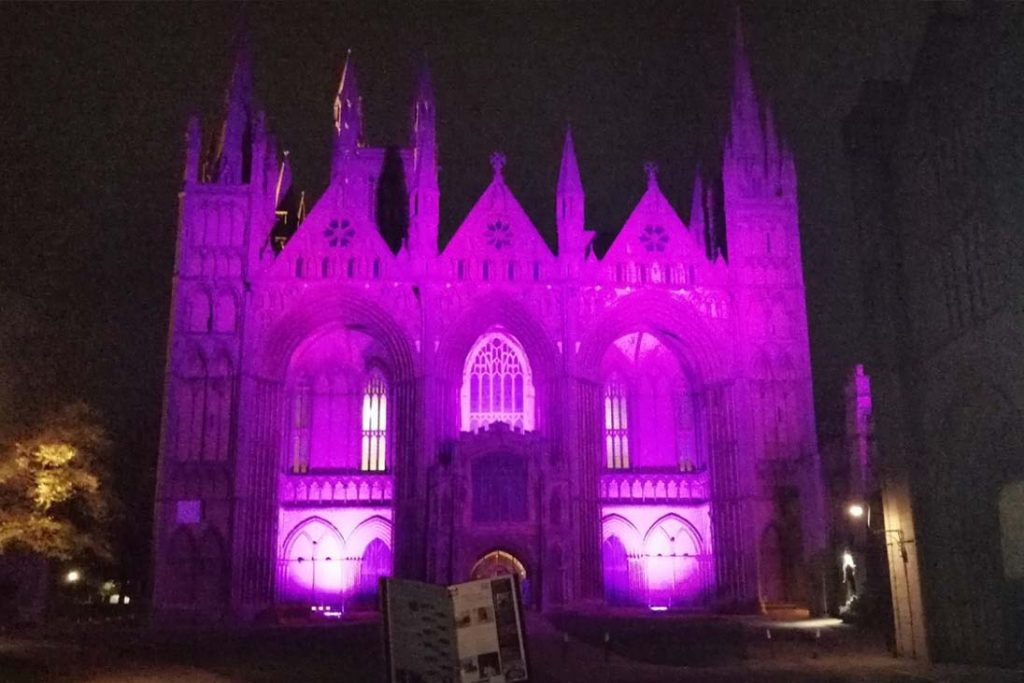 Peterborough Cathedral lit up in purple on World Polio Day.

The cathedral was not alone in it’s spectacle, as historic buildings across the region were lit up purple including Normanton Church, the Loudon Memorial in Ashby-de-la-Zouch and churches in Ramsey and Oakham.

This wasn’t all the club did for their World Polio Day activities though, as the club were able to conduct a virtual version of their annual ‘Flight for Life’ pigeon race.

Those taking part where able to sponsor a pigeon for the race, with sponsorship for every pigeon meaning possible polio vaccinations for 50 children. 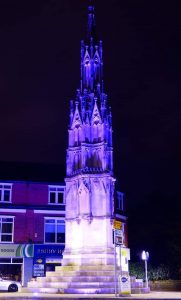 The Loudon Memorial in Ashby-de-la-Zouch.

Archive data of past events kindly shared by The Royal Pigeon Racing Association (RPRA) was used to identify the three prize winners.

This year the event raised £525, including a contribution made by organiser Mandy who donated her second prize of £100 to increase the total.

Over the years, more than $2.2billion raised by Rotarians has helped to protect nearly three billion children in 122 countries and you can help keep that total increasing.

Your donation would help Rotary and it’s partners to reach every child with the polio vaccine and thanks to the Bill & Melinda Gates Foundation, your contribution would be tripled.

Click here to make a donation to the End Polio Now campaign and let’s work together to eradicate polio.

You can also read our round-up’s on all the World Polio Day activity across the UK and internatioanlly.