Here’s the first of this week’s round-up of Rotary news from across Great Britain & Ireland.

A Rotary Santa’s beard which grew to nearly nine inches in length has raised more than £1,500 for charity.

With hairdressers closed during the lockdown, Rotarian Peter Love, a member of Shrewsbury Severn Rotary Club, couldn’t get his Santa beard shaved until restrictions were lifted last month. 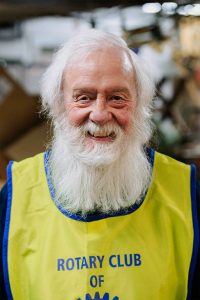 So whilst the beard grew a lot longer than normal, the time was put to good use by Peter to canvas Shrewsbury Severn Rotary members and associate members, family, friends and neighbours, in his fundraising project for Midlands Air Ambulance Charity.

“They have all done me proud,” said Peter today. “I am absolutely thrilled with the result which I am hoping might be a record amount raised in the shave off of a beard over eight and a half inches long.

“The figure of £1,500 isn’t final as I am still awaiting some pledges to be honoured.”

Amwell Rotary in Hertfordshire has donated £500 to the visited Il Ngwesi Eco Lodge in Kenya to help with maintenance and to pay a reduced staff on half wages ready for when tourism revives. 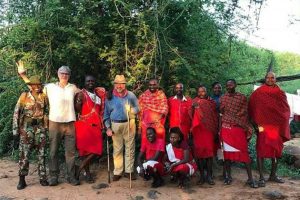 The project has been promoted by Rotarian Graham Craker, who first visited the lodge in 1997 whilst accompanying HRH Prince William as his protection officer.

The lodge had only been open for a year, it was and still is, an amazing venture by the local Massai people to sustain their community and environment,” said Graham.

“In 2001, having retired I returned to voluntarily assist with further construction and improvements.

The lodge had only been open for a year, it was and still is, an amazing venture by the local Massai people to sustain their community and environment.”

“I have spent much time there. When the pandemic hit, the consequences were dire.

“Knowing the people, and being 100% sure of their integrity, I proposed the Amwell Rotary make a donation of £500 from our international fund which was graciously accepted to maintain the lodge during difficult times.”

The actress Jenny Seagrove has been appointed an honorary member of City of Wolverhampton Rotary. 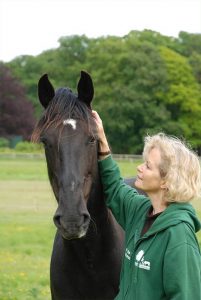 Jenny supports a number of charities including the Rotary Jaipur Limb project, of which she is a patron. This charity, formed in 1984, provides prostheses free of charge to amputees in India and Africa.

Her father and grandfather were Rotarians. She recently delivered one of the series Rotary togetherTalks and has addressed a number of Rotary District conferences, talking about the Mane Chance Horse Sanctuary, which she founded.

I am thrilled to become an honorary Rotarian – joining an organisation that does such amazing work around the world.”

Jenny, who will shortly be appearing with Sir Ian McKellen in a production of ‘Hamlet’ at the Theatre Royal, Windsor says “I am thrilled to become an honorary Rotarian – joining an organisation that does such amazing work around the world.”

The Wiltshire-based charity WellBoring has extended its partnership with Colgate-Palmolive to create a further 30 wells in Kenya to provide safe drinking water to schoolchildren and their families. 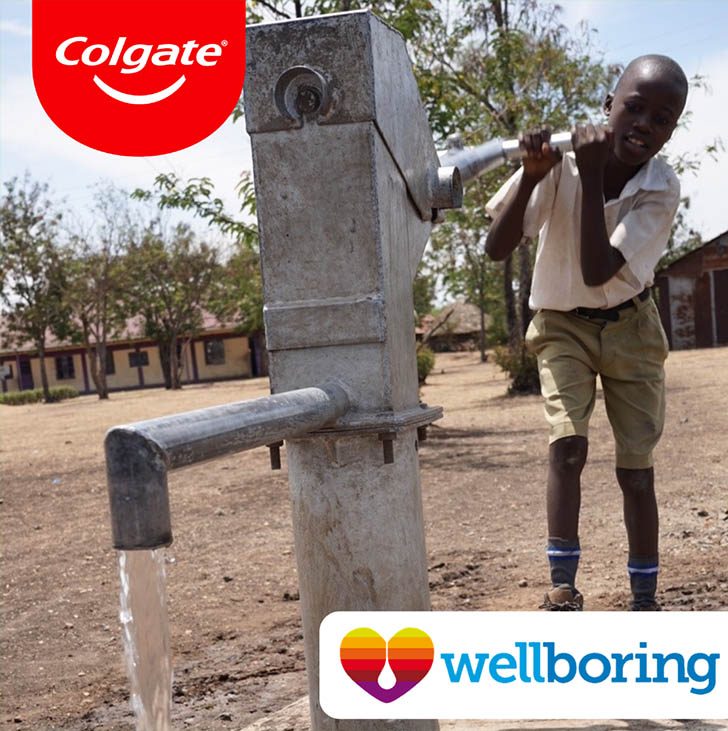 WellBoring works closely with Rotary, notably Chippenham Rotary, and the announcement is a major step towards their next milestone to transform 250,000 lives by the end of the year.