The CBI has just published details of three key steps, which businesses can take to tackle the Covid crisis in India.

“Just three months ago, the sad deaths in India were less than 100 per day in a country of 1.4 billion people,” wrote Lord Bilimoria on the CBI website. 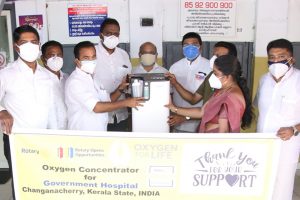 The oxygen concentrator donated to the government public hospital in Changanacherry by Rotarians from Wolverhampton.

“Two months later, the situation had deteriorated significantly. It has been awful to watch this tragedy unfold.

“The UK and India share a close bond based on our enduring ties and ongoing close cooperation.

“I was proud to chair the B7, hosted by the CBI earlier in May, where we unanimously agreed to tackle the global challenge of the pandemic on a united front.

“If we are not able collectively to control the spread of the virus it will remain a huge risk for lives and economies around the world. No one’s safe unless we’re all safe.”

The CBI chief said that his team has been working closely with the Indian High Commissioner, Gaitri Issar Kumar, and her team in London and the British High Commissioner, Alex Ellis, and his team in Delhi as well as the UK Department for International Trade.

Rotary International’s extensive footprint across India enables us to support implementation and get equipment to the right place at the right time.”

Lord Bilimoria highlighted how CBI members, businesses and their employees across the UK have been donating to charities supporting communities across India. And in his report, Rotary’s efforts in India were spotlighted.

Businesses have really stood up to the plate to respond to the crisis in India, just as many had done in the UK previously, from offering charitable donations to the provisions of medicines and oxygen related products.”

The CBI is additionally working with Rotary International to support effective distribution.

“Rotary International’s extensive footprint across India enables us to support implementation and get equipment to the right place at the right time,” said Nayan Patel, UK Special Advisor, Rotary India COVID-19 Taskforce. Nayan is a member of Elstree & Borehamwood Rotary in Hertfordshire.

Lord Bilimoria added: “It is inspiring how the business community in the UK and CBI members have stepped up to support this cause; the generosity and willingness to help has been immediate and substantial.

“Businesses have really stood up to the plate to respond to the crisis in India, just as many had done in the UK previously, from offering charitable donations to the provisions of medicines and oxygen related products. Thank you to all of you for all that you are doing.

“The CBI’s goal is to help others do the same and ensure the overall response is amplified, relevant and focused in a way which helps India.

“Actions which businesses can take now include supporting a charity active in the India COVID-19 response, offering goods and services needed on the ground in India, or supporting employees in India and beyond.” 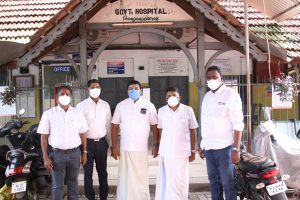 The government public hospital in Changanacherry, India, which is being supported by Wolverhampton Rotary club for Covid relief.

The CBI is working with the British Asian Trust which has launched the India Recovery Fund to provide support where it is most needed.

The India Recovery Fund’s target is to raise £3m to go towards funding the three most important challenges facing the people of India right now:

One example of Rotary’s work in India is the project run by City of Wolverhampton Rotary, which has used the Rotary network to give desperately needed aid to India.

In the State of Kerala alone, the figures are 2.7 million cases with 8,257 deaths. The true figures are probably even higher as many cases go unrecorded.

The Wolverhampton Rotarians decided they would prefer to take direct, rapid action rather than simply make a donation to one of the relief funds.

Their network of well known, directly contactable Rotarians includes Past District Governor, Scaria Jose, from the Rotary club of Changanacherry in Kerala, who serves as the Rotary Jaipur Limb ambassador to India. 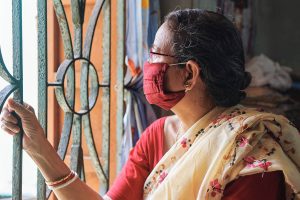 Scaria advised the Rotary club that there was a desperate need for oxygen concentrators – machines designed to provide relief to patients with severe breathing difficulties associated with Covid.

By contacting fellow Rotarian Binoop Paul, Scaria established that a concentrator, manufactured in China, could be purchased for £728.

Funds were rapidly dispatched to the supplier and the machine was handed over to the government public hospital in Changanacherry on May 28th.

The concentrator was accepted by the hospital superintendent, Doctor Ajith, in the presence of the local member of the State Legislative Assembly, Job Michael and other Rotarians of the Changanacherry club, including President Saju.

Job Michael expressed his heartfelt thanks to all the Rotarians involved in extending help to the needy patients during what he described as the current calamity.

Binoop has been able to source five BiPap (Bilevel positive airway pressure) machines and a number of other clubs have sent funds to purchase these.

Delivery was expected during the first week of June. 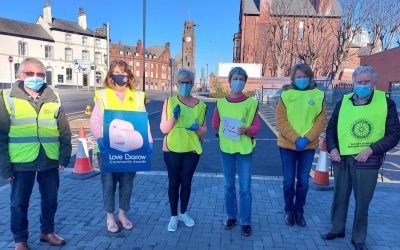 The Rotary clubs of Furness, Furness Peninsula and Barrow, together with 120 volunteers, have just concluded two years helping Covid vaccinations in Cumbria. 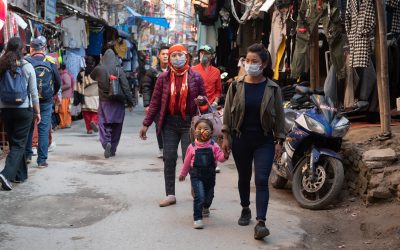 A Rotary club in the South West of England is helping to provide COVID-19 support over 4,000 miles away. 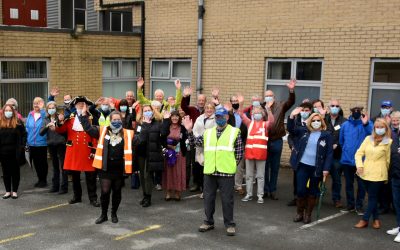