Selkie the black Labrador has become a popular figure for a February fund-raiser for polio.

Belonging to Alistair Risk, the President of East Sutherland Rotary, she became a social media star as part of a sponsored walk to raise cash for End Polio Now.

Over the last 15 years, East Sutherland Rotary in north-east Scotland has held a ‘Swim for Polio’ event on the Saturday nearest Rotary Day, which celebrated the founding of Rotary 116 years ago.

Over the past few years, the club has raised more than £30,000 for polio over the years, a sum which Rotary and the Bill & Melissa Gates Foundation has made up to close to £100,000. 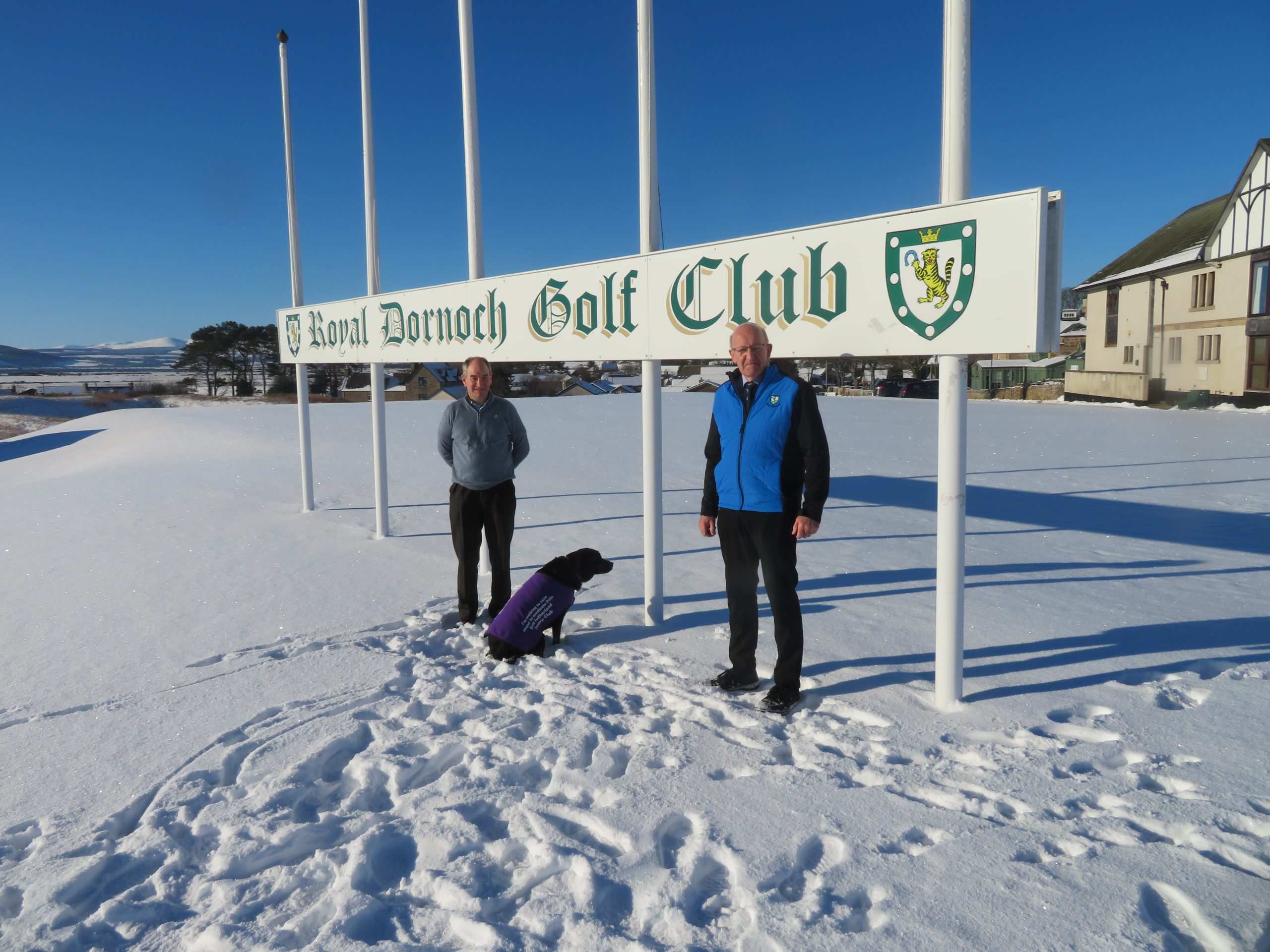 Selkie the black Labrador has become a popular figure for a February fund-raiser for polio.

However, this year, the village pool in Golspie was closed due to COVID-19 restrictions. So the club held a ‘Walk for Polio’ instead. The challenge was issued by President Alistair Risk to mark his 50 years of Rotary service.

The rules were flexible. Participants were encouraged to walk at any time, on any day, or as many occasions as they could, throughout February – and to get sponsored doing it.

A JustGiving account was set up, and participants were asked to post photographs of their activities on Facebook, with the JustGiving link, to prove they had completed the task.

Over the past few years, the club has raised more than £30,000 for polio over the years, a sum which Rotary and the Bill & Melissa Gates Foundation has made up to close to £100,000.”

Throughout February, Selkie enjoyed the Facebook limelight with a grand tour of East Sutherland visiting Dunrobin Castle and Gardens, Dornoch Cathedral and Dornoch Castles, along with various museums and distilleries, and different sights in the region.

Alistair said: “We visited football grounds and parks, nature reserves, beaches, and waterfalls. She climbed hills, if not mountains, and swum in lochs and in the North Sea.

“Selkie has met town provosts, and politicians, ministers and priests, curators and authors, teachers and Rotakids, skiers and golfers, fishermen and farmers and, of course, lots of Rotarians.”

He said the walks were held in a mixture of weather, from sunshine to snow.

“Selkie had a ball,” added Alistair. “She loved every moment as she was the Rotary club’s polio mascot!”

The death of HRH The Prince Philip, Duke of Edinburgh, on Friday, aged 99, has led to tributes from around the world – to a man who was a true friend of Rotary.

Ray Sanderson, a member of Royal Wootton Bassett and District Rotary, has been honoured with one of Rotary International’s top awards.