The big band is back!

The big band is back!

Leatherhead Rotary came back swinging as they held an evening of outstanding music a year and a half after it was originally scheduled.

After being constantly postponed since May 2020, a near sell-out audience of almost 500 music lovers of all ages finally attended Leatherhead Rotary Club’s third Big Band Concert at Leatherhead Theatre in aid of Prostate Cancer UK and Surrey Young Carers.

Special guests at the event included local young carers who came together with the people they care for so everyone could enjoy the music.

Headlining the event was the amazing BPO Big Band, an offshoot of the British Philharmonic Orchestra, who entertained everyone present with a wide range of swinging numbers from the giants of the big band era.

We’re very grateful to everyone who attended and supported the evening so generously.”

The band features some of the leading players on the UK jazz scene and is led by trombonist Andy Crompton, a huge supporter of Prostate Cancer UK, having been diagnosed with the disease himself in 2014.

Supporting the band was Frank Sinatra tribute act Frank Cognoscenti, who thrilled the audience with his fantastic renditions of Sinatra’s classic hits.

Leatherhead Rotary member, Gary Zabel, who also organised the concert, said he was delighted with how well the event had gone and how much had been raised for the two charities. 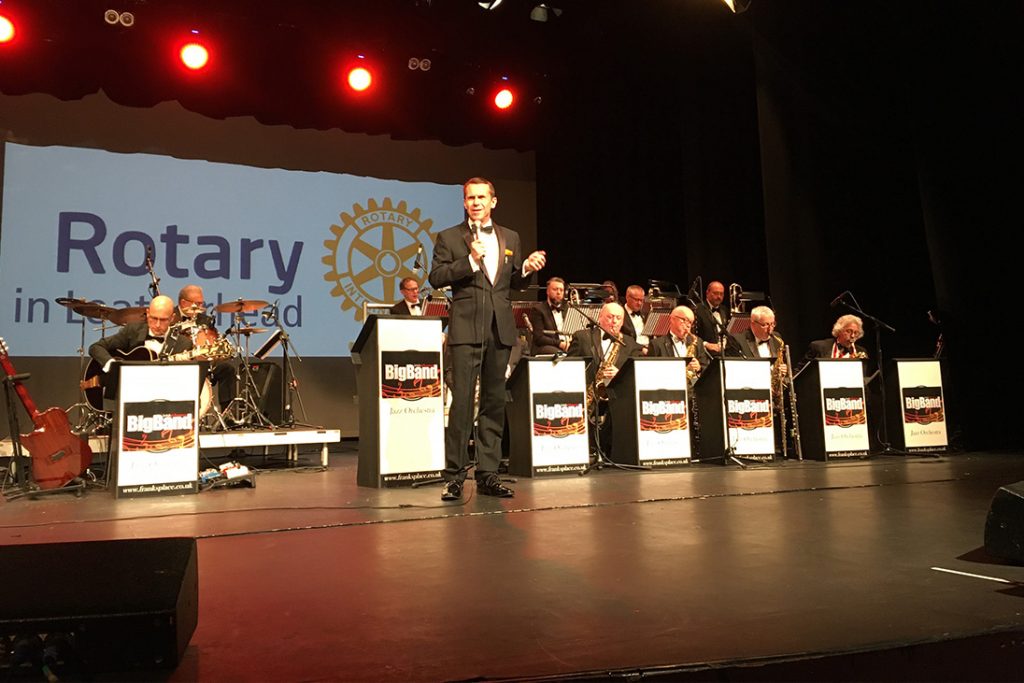 He added: ‘We’re very grateful to everyone who attended and supported the evening so generously, especially considering everything we have all been through over the past twenty months, and we would also like to thank Kall Kwik in Leatherhead, for very kindly printing the programmes for the event free of charge.’

Prostate Cancer UK are currently investing millions into finding better treatments and tests for prostate cancer which could result in thousands of lives being shared.

Surrey Young Carers are a part of Action for Carers Surrey and they offer free support for young carers and their families all across the county with the aim of minimising the impact of their caring role on their lives.

These two organisations were Leatherhead Rotary Club’s charities of choice this year and, at the end of an amazing evening, a bucket collection helped to raise over £5,500 to be split between both of them.

If you wish to find out more about either organisation and their amazing work, head over to www.prostatecanceruk.org and www.actionforcarers.org.uk.