Friends of Alan Armitage came up with a different idea of a legacy for the Tyne & Wear Rotarian.

Daughter Julie brought him to the manor house, which was the ancestral home of the family of George Washington, the first President of the United States of America.

Alan had previously confided to one of his fellow Rotarians at Washington Rotary, that he wanted to be able to leave a legacy.

Heads were put together, and Joan Waldron, a close family friend mentioned the idea of creating a sensory experience in the gardens of Washington Old Hall. 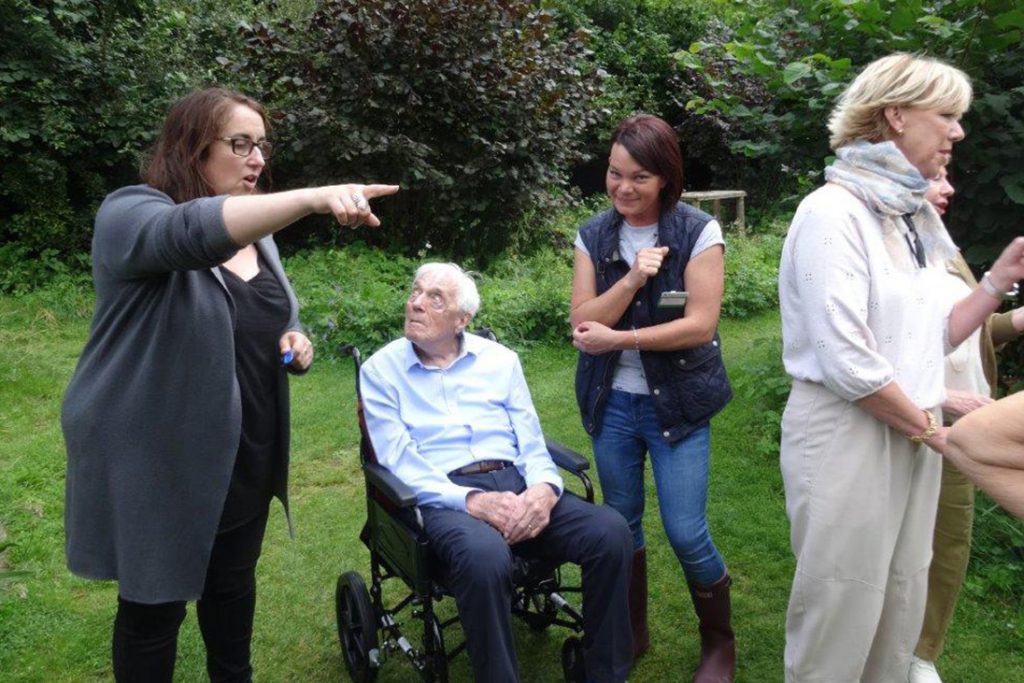 A sensory experience has been created in the gardens of Washington Old Hall.

Rather than providing a seat or bench, it was felt it would be more meaningful to support a project working with staff and volunteers at the National Trust property.

The small Mead garden already has some old varieties of herbs and flowers which is being further developed to include more traditional varieties.

Ellaine Hush, Gardens and Visitors Experience Officer for The National Trust at Washington Old Hall, was delighted to be presented with the cheque, from Alan who said, with tears in his eyes, that this has made his dream come true.

Ellaine said: “The Hall is a 17th Century manor house, and from inventories written in 1662, the family used medicinal qualities of herbs and flowers to overcome sickness.

“In the Mead of Old Hall we are going to introduce a selection of plants frequently used for medicinal remedies in centuries gone by. This will bring colour, smell and different textures for visitors to enjoy.”

Rotary is one of the world's largest and most successful global membership and humanitarian service organisations.