A 24-hour Shrewsbury knitathon strongly supported by a Rotary club is weaving its way towards creating a healthy £2,300 for Hope House Children’s Hospital.

The charity knitathon at Belle Vue Methodist Church Hall raised £900 on the day and with Shrewsbury Severn Rotary’s donation of £250, which has the promise of being doubled, will achieve the £2,300 result.

“This is a fantastic outcome,” said the club’s president Rotarian John Yeomans. “I am no knitter, but I have been spun around by this.”

The 24-hour knitathon was completed by a core group of 30 enthusiasts and was attended on the open day by the Mayor, Councillor Julian Dean.

Mavis Sharp, the wife of Rotarian Roger Sharp and joint organiser of the knitathon, said: “We are delighted with the outcome of our knitathon and extremely appreciative of the fantastic support we’ve received from the Shrewsbury Severn Rotary Club, the Mayor, the local community and the Hope House fundraising team.

“And last, but not least, I cannot praise enough joint organiser Anna Vass who worked like a Trojan to make sure the event was successful.”

I am no knitter, but I have been spun around by this.”

She said: “We are truly grateful for the hard work and commitment that both Mavis and Anna put into making the 24-hour knitathon a success and for raising so much money for Hope House Children’s Hospices.

“Huge thanks also go to the Shrewsbury Severn Rotary Club for their generous donation and to the local community who came out in their drones to purchase raffle tickets, crafted items and enjoy plenty of coffee and cake.

“This donation is going to make a huge difference to the local children and families that we support.”

Meanwhile, the organiser of a unique conference to combat the effects of alcoholism has expressed her thanks to Shrewsbury Severn Rotary for their support.

Jane Mackenzie, who is stage-managing the ground-breaking ‘Alcohol – Share the Truth’ virtual conference on November 18 and 19, captivated members of Shrewsbury Severn Rotary Club.

Ten percent of drinkers become addicted to alcohol, and I didn’t realise how many young people it is killing, in the prime of their lives.”

She gave members of the club a talk at their last meeting as a result of which Shrewsbury Severn Rotary has agreed to donate £500 to support her work.

She said today: “I am most grateful to the generosity of Shrewsbury Severn Rotary Club for their extremely kind support – I think the members share my concerns about this progressive and terminal disease.

“I was delighted to be able to put important points of concern across about the effects of alcohol addiction on families and those suffering from addiction to this substance.”

Jane outlined to Rotarians how her daughter Amy, 37, died two and a half years ago after she fell and hit her head.

“Ten per cent of drinkers become addicted to alcohol, and I didn’t realise how many young people it is killing, in the prime of their lives. 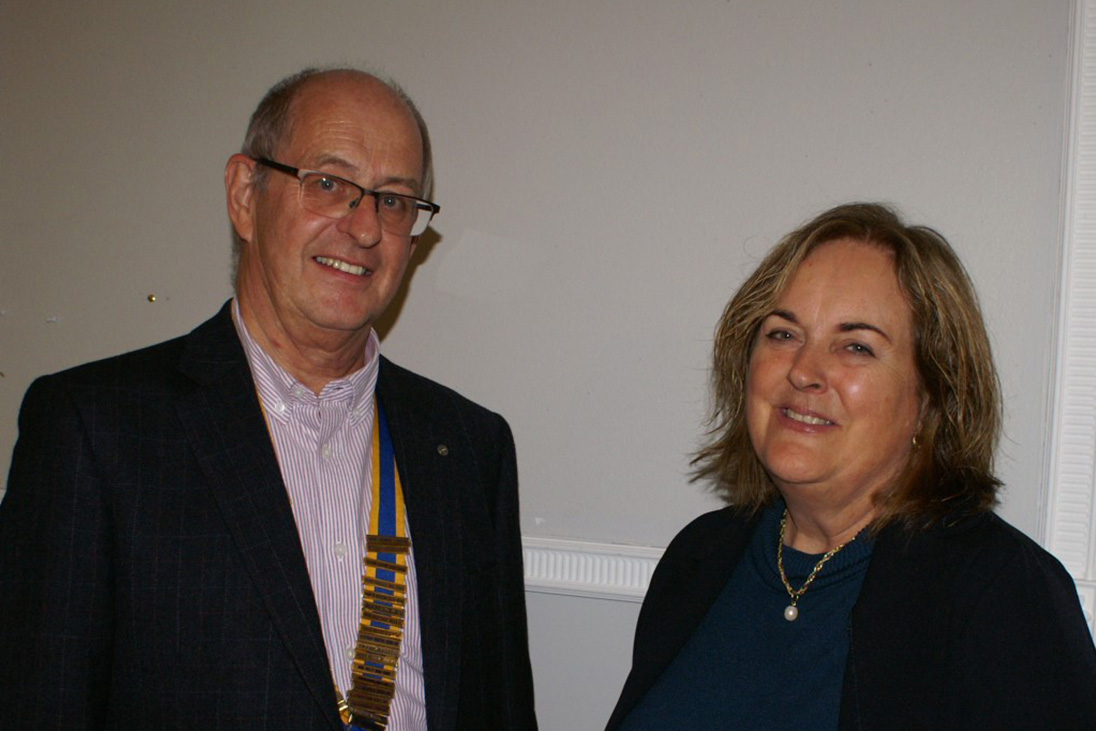 “When I was Mayor I decided to raise awareness about this because problem drinking affects us all in one form or another.

“I set up the charity Share Shrewsbury to support anyone affected by alcohol addiction and we started to make a difference locally. There are specific things I would like to change, such as early intervention before problems become entrenched, and better services”

She said the virtual conference had attracted a range of top speakers from many different sectors and tickets could be bought online at https://shareshrewsbury.org.uk/conference